Geographically Turkey is divided into seven regions, each region has its own local dishes and food culture. Some of the commonly known dishes are cooked differently in different regions, even cities.   This is why it’s impossible to describe vastly rich Turkish cuisine and traditional dishes in a single article.

Similarly, Turkish street food varies based on different regions, but most commonly recognized ones are döner (a kind of Turkish kebab), fish and bread, kokoreç (grilled mutton intestines), stuffed mussels and gözleme (a kind of pastry made with stuffing).

In this episode called “Pidecide” , we tried to introduce the first food that comes to mind when talking about Turkish cuisine: “pide” and world renowned “döner” as well as one of the most popular drinks in Turkey – “ayran”.

In Turkey, there’s either a pideci or a dönerci on almost every corner. These dishes, in addition to being served in restaurants, are also among the most common street foods in Turkey.

“Döner”, popular around the world is also known as “kebab” in different countries.

“Kebab” is actually the generic name for meat dishes specific to both Turkish and Arab cuisines that means “grilled meat” in Arabic. In other words, the word “kebab” suggests a number of meat dishes. These kebabs have different names depending on the method of cooking, the meat used, the region it belongs and even the way it’s served. Its varieties include Adana kebab, Urfa kebab, Iskender kebab, beyti, eggplant kebab, çağ kebab etc. and also known as “shish kebab” in the world because some of these are cooked on skewers.

Since kebab has a number of varieties, when you go to a kebab restaurant in Turkey, you’re handed a very long menu. Döner is only one of these kebabs; however while you need to go to a restaurant to enjoy other kebabs, you can find döner almost everywhere.  Döner is sometimes served on pita with sauce in restaurants; but it’s also possible to purchase it as a sandwich or wrap from street vendors.

Pide and lahmacun are also quite popular like döner. Considered a similar dish to pizza, pide also has a number of varieties, and ordered according to the toppings it contains (cheese, mushroom, vegetables, mixed etc.).  “Lahmacun” on the other hand is prepared only with minced meat and onions and has a thinner dough and round shape.

Both are favorites In Turkey. 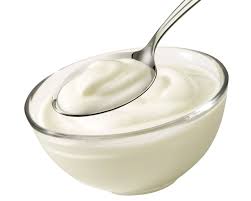 In Turkey, “yoghurt” is not a dessert. Yoghurt is an important part of Turkish cuisine, and consumed at almost all meals except for breakfast. Even though Turkish people eat a lot of yoghurt, they don’t prefer at in breakfast, but it accompanies almost every other meal. In fact, many people prefer to make their own yoghurt at home. In supermarkets, sweetened yoghurts are not a common thing except for those flavored with fruits. And these are mostly consumed by children.

Since yoghurt is not a dessert in Turkey, “ayran”, a drink made with yoghurt is also not a sweetened beverage. Made easily at home by mixing water and salt with yoghurt, “ayran” is one of the most popular beverages enjoyed with meals.  It’s especially preferred with dishes like döner and pide.

You may have noticed that similar phrases are used when ordering food at a restaurant, shopping at a supermarket, or at a weekly street market.

In videos for Unit 2 titled “Kahvaltı” (Breakfast), “Markette” (At the Supermarket) and “Pidecide” we gave examples of Turkish people’s food and beverage habits, shopping styles, behaviors, and some of the most popular foods and beverages. We also tried to demonstrate the language structures and expressions used in dialogues for shopping and ordering.

This text or any portion thereof may not be copied without prior written consent.